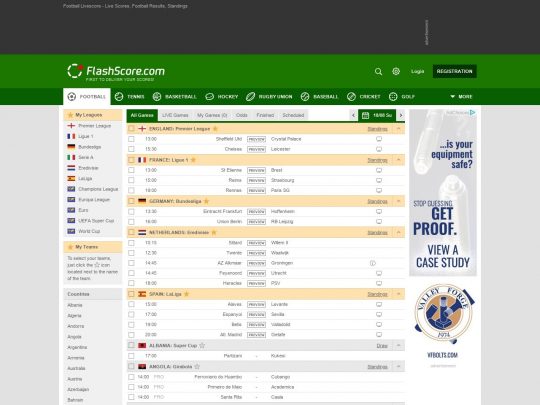 FlashScore is a web and mobile app that offers live coverage of 38 sports, with football (soccer) being the most popular one.

FlashScore is a service that offers live coverage of sports like football, hockey, rugby, basketball, tennis, golf, cricket, handball, and 30 more sports. They cover over 6000 competitions worldwide; 1200 of them are football (soccer) competitions.

Their users can customize which games they will follow and from which game they will receive updates. In addition to the top football (soccer) leagues, players can also follow many minor leagues and championships from countries where football (soccer) is not that popular as in Europe. For example, players can even follow results, live updates, and match details from countries like North Macedonia and Lebanon.

Speed is the most important thing that separates FlashScore from its many competitors. Whenever a goal is scored, a red card is issued, a set of the period is over, the user will get the info the same moment the live audience learns.

Dropping odds is a unique feature that informs you when odds start dropping for some games. Based on that, you can further explore what’s the reason that caused that. Sometimes, you can find the reason right on the website. For example, your team might have added many first-team players on their injured list, and their form is spiraling downwards. That type of data and information is available through FlashScore.

Also, users can have data and statistics on the team’s discipline (do they stick with their formation during the game), individual performances, how teams dominate, and so on. 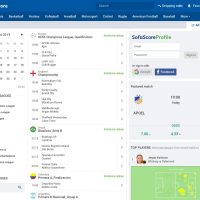 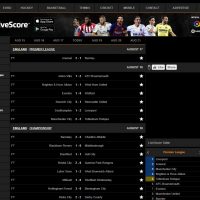