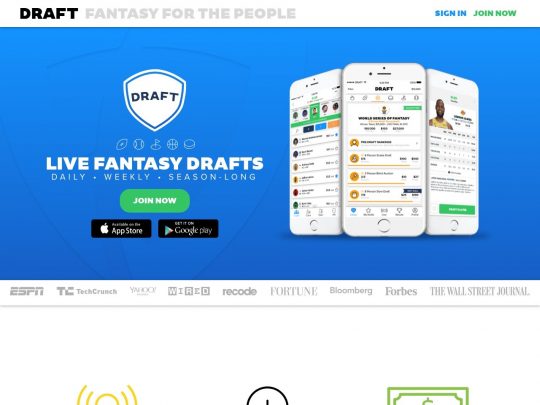 At the moment, Draft doesn’t offer any welcome bonus or promotion for its new customers. Instead, their focus is on providing the best betting fantasy sports experience for their customers.

However, they might run a promotion for their new players in the future. If it is like the ones in the past, it will come in the form of a welcome bonus, and it will include a promotion code. After the player opens an account and makes the deposit, the player will also need to enter a promotion code to activate the bonus.

Also, the first-time players may also be asked to verify their account before claiming any bonus.

Draft first started operating in 2014 and was made by the founders that were also behind the making of StarStreet. Their headquarter is in New York, and Paddy Power Betfair currently owns them. In 2018, they won the prestigious Fantasy Sports Trade Association’s Award for Fantasy Business of the Year and Best Fantasy Sports Game.

What makes Draft so unique is that it is based on the draft system instead of the salary cap system. That means players first need to enter a brief draft before the selection can start. Players first need to enter the Draft Lobby and look for the Draft they want to be part of. Alternatively, players can make their private draft lobbies if they’re going to compete against their friends. If the Draft is not completed before the beginning of the games, all entry fees will be returned to the players.

Draft offers some of the unique fantasy sports contests and in that regard, are considered industry leaders. They are also leaders in mobile playing as their app is also considered one of the best in the industry. In 2017, their mobile app was voted the best at the FSTA award for Best App. 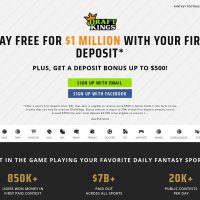 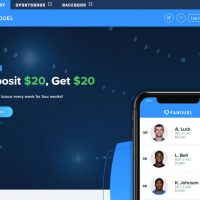