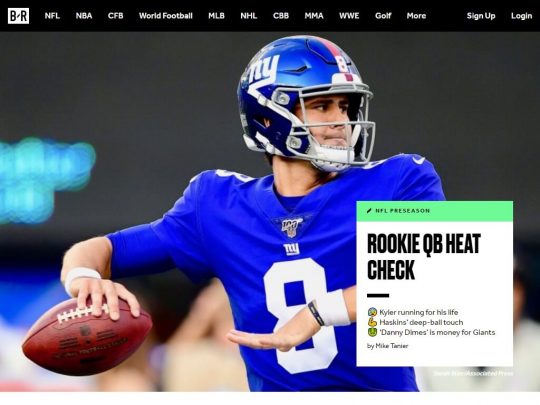 Bleacher Report is a web platform that is focused on sports and the culture that surrounds sports. They are part of the Turner Broadcasting System since 2012, and also have their own subscription video streaming service focused on sports.

They offer news, statistics, standings, scores, schedules and pretty much anything in between on top leagues like the NBA, NFL, NHL, MLB, NCAA, WWE, UGC, English Premier League, European Championship League, Spanish Primera, Bundesliga, Italian Calcio, and so on. They are present in any major sports event across the world, and they offer in-depth coverage on all of them.

The B/R subscription video streaming service is also quite remarkable and very popular. The service is known as B/R Live, and it offers original programming, as well as live coverage of NBA games, NCAA games, PGA Tournament coverage, matches from both the UEFA Championship League and the Europa League, the National Lacross League, and so on.

The B/R has suffered the biggest criticism because of its open publishing model, which allowed anyone with an account to publish an article. That alone often leads to a lot of low-quality content. However, since then, they’ve changed some of their policies, which gave priority to quality content over quantity.

At the moment, B/R works with a large group of proven sports reporters and analysts whose content is their main drive. They employ names like Mike Freeman (came from CBS Sports) and Howard Beck (ex-New York Times sports journalist) whose reputation and accomplishments are well-known. 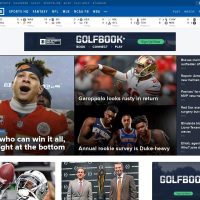 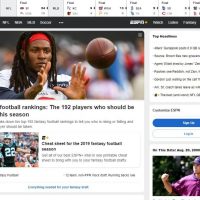